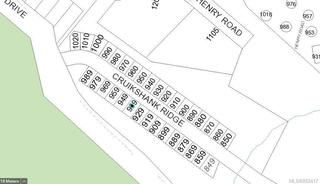 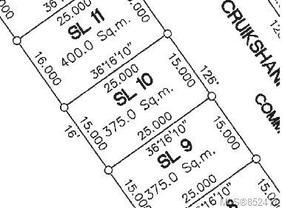 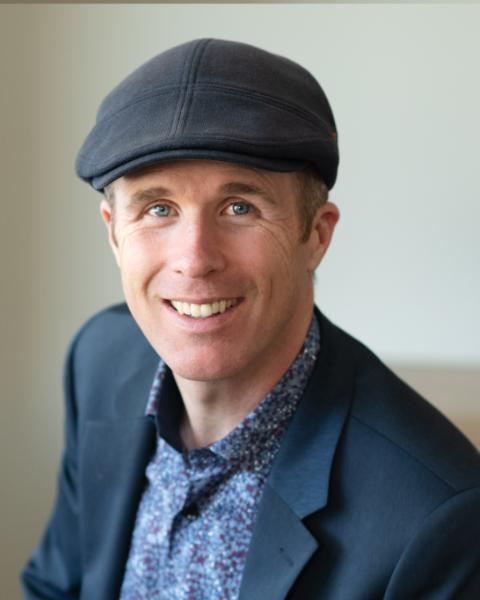 Freehold building lot in the newest subdivision on Mount Washington. The property provides an opportunity to build a stylish chalet with views of Strathcona Park. With a gently sloping lot, there is likely opportunity for a three level property with a "walkout" basement. Near the bottom of the road, it is one of the closer locations to the 6-pak lift and Nordic ski area. This is a bareland strata so construction guidelines are in place to protect your investment. Buy now so you can start building in the spring!

Born and raised in Nova Scotia, Ryan was the product of a loving family and a healthy lifestyle. He grew up in a small town where the miles were short and the work days were long. He and his brother were always active, whether in organized sport or unorganized play. His competitiveness allowed him to excel in the sports of his choice – skiing in the winter and baseball in the summer. His parents’ encouragement in these sports taught him honesty through fair play and showed him some of the world through travel.
After completing high school, Ryan decided that university was a good decision. He attended the University of New Brunswick in Fredericton and graduated with a Bachelor of Physical Education degree. During his years in university, he spent time in England on a student exchange and went to New Zealand for a job in the ski industry. Upon graduation, he continued his career as a ski coach for three more years in New Brunswick.
During this time, in 1997, he hired an assistant coach that would change his life forever. His assistant, Andrea, became his girlfriend and in 1999, they packed their bags and headed west to the tranquil Comox Valley. For the next six years, Ryan worked as the FIS coach with the Mt. Washington Ski Club. During these years, he established himself as a top coach in ski racing in BC and earned his Level Four coaching diploma by becoming a part time student at the National Coaching Institute at the University of Victoria.
In June of 2002, Ryan proposed to his girlfriend of five years and they were married in August of 2003. Andrea is a French Immersion teacher in the local school district. She shares the same passion for sport and skiing as Ryan and continues to be a positive influence in Ryan’s everyday life.
In May of 2005, Ryan entered the world of real estate by joining RE/MAX. The understanding of hard work and ambition he learned from coaching transferred over to real estate effortlessly and his business continues to grow from one year to the next.
On October 26, 2010, Danica Jordan Williams was born and on October 10, 2012, Bentley Robert Williams was born – both guiding Ryan and Andrea into parenthood with snuggles and smiles.
At this time, Ryan continues to be involved in the community and contributes to various charities, clubs and associations. He commits yearly contributions to the MS Society, the Children’s Miracle Network and sports clubs such as the Comox Valley United Soccer Club, the Comox Valley Baseball Association, the Mt. Washington Ski Club and the True Colors dance group. He also volunteers for Kidsport and the Father Involvement Network. In 2012, Ryan was the only realtor to be a recipient of a “Top 40 Under 40” award through the Comox Valley Chamber of Commerce.

Graphs Tables
Set Search Area
Back Next
The blue circle drawn on the map represents the area which is most likely to contain listings comparable to 939 Cruikshank Ridge. If you wish, you may adjust the circle by dragging the white center handle to move it, or dragging one of its other white handles to resize it. Press the 'Next' button at the top when finished.

Adjust the values below if necessary

When finished, press the 'Next' button

The User acknowledges and agrees that real estate information provided through the PCS system is general in nature and does not constitute the provision of trading services to a consumer as defined in the Real Estate Services Act.

"trading services" means any of the following services provided to or on behalf of a party to a trade in real estate:

but does not include an activity excluded by regulation.

By accessing the information a User does not establish or consent to an agency or any other relationship with the REALTOR® who is providing the User with access to this service.

Before providing trading services to or on behalf of a party to a trade in real estate, a REALTOR® must disclose to the party whether or not the REALTOR® will represent the party as a client. The User further acknowledges that should they wish to receive information other than that of "general" information or to engage the REALTOR® for any of the above referenced Trading Services activities, they may contact the REALTOR® who will, as required by the Real Estate Rules, present to the consumer the Disclosure of Representation in Trading Services form, and explain the special legal duties real estate professionals owe to their clients and help you choose whether you want to be a client of the REALTOR® or an Unrepresented Party, with no real estate professional representing you.

I agree, sign me up
Thank you! You will receive an email shortly, which will contain login details and additional information to access your listings. Close Oops, there was a problem signing up: